Cast shadows, we are told, are the sharp shadows you can see cast by an object that is lit by a light source like a sun or light-bulb while contact shadows, apparently, are those kind of indistinguishable darkenings without a discernible edge that seem to appear as an object gets close to, and touches, a surface, like a car tire on the road on a cloudy day. We are told that these are different kinds of shadows…that the contact shadow doesn’t really have a light source…that it’s something different.

Unfortunately, misperceptions like this cause so much grief and expense that somebody, sooner or later, has to point out that there is, actually, no distinction between these two…that there is only one kind of shadow and it describes both “contact” and “cast”. Today, that somebody is me because I ran across it again and it annoyed me.

You see, all lights have a 3 dimensional size, which means they all have a penumbra (area of partial shadow) as in the image below. 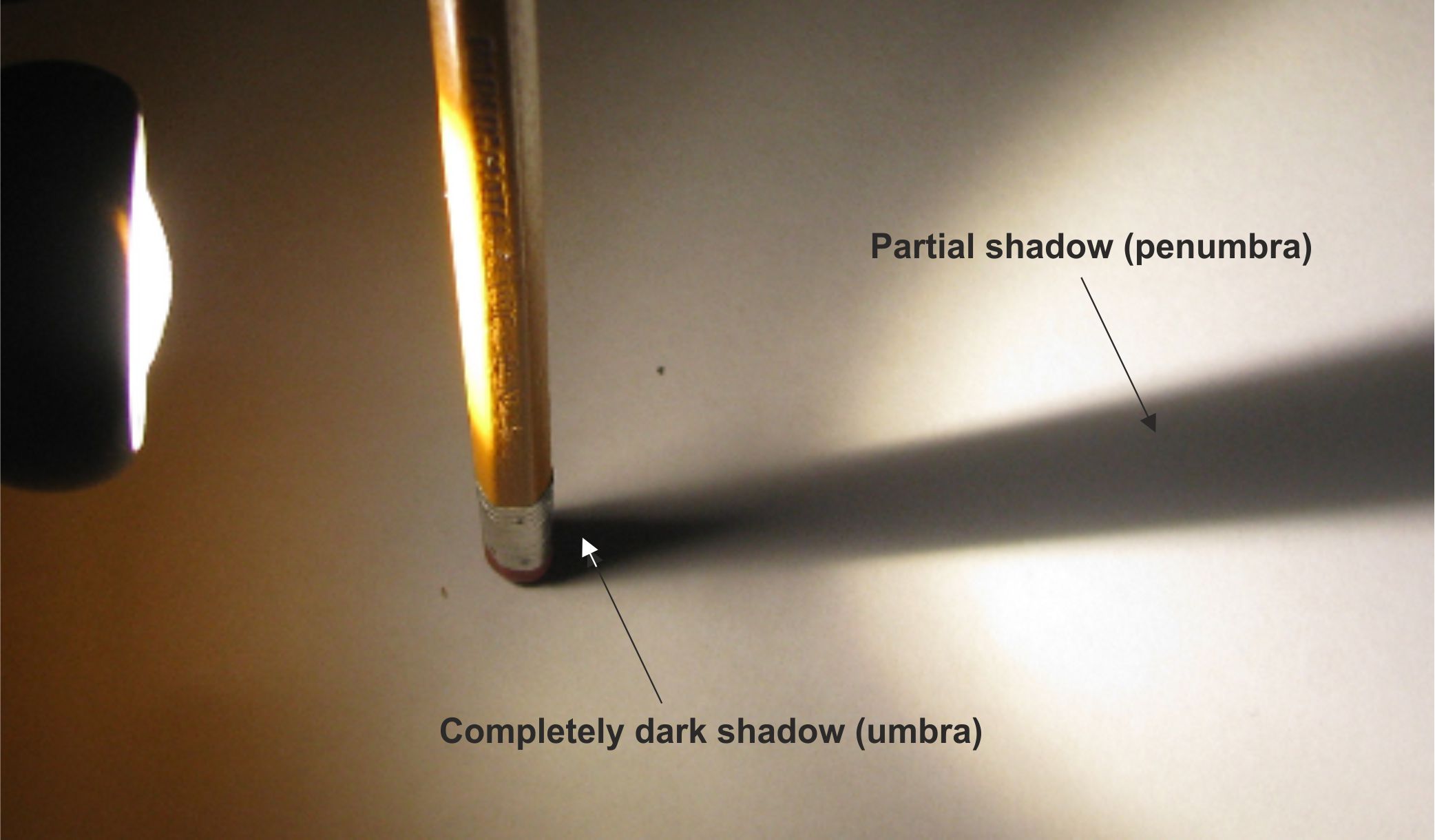 This penumbra exists whether the light source is a sun or a single pixel and whether the object casting the shadow is the planet earth or a seed.

The penumbra is a gradient from completely dark (the umbra) to completely illuminated (outside of the penumbra). The penumbra manifests itself as a softness to the edge of the shadow. The shadow edge can be very sharp or very soft, but never, ever completely sharp.

If the light source is very small, the penumbra will not spread out much, and the resulting shadow will remain fairly sharp for a long distance. 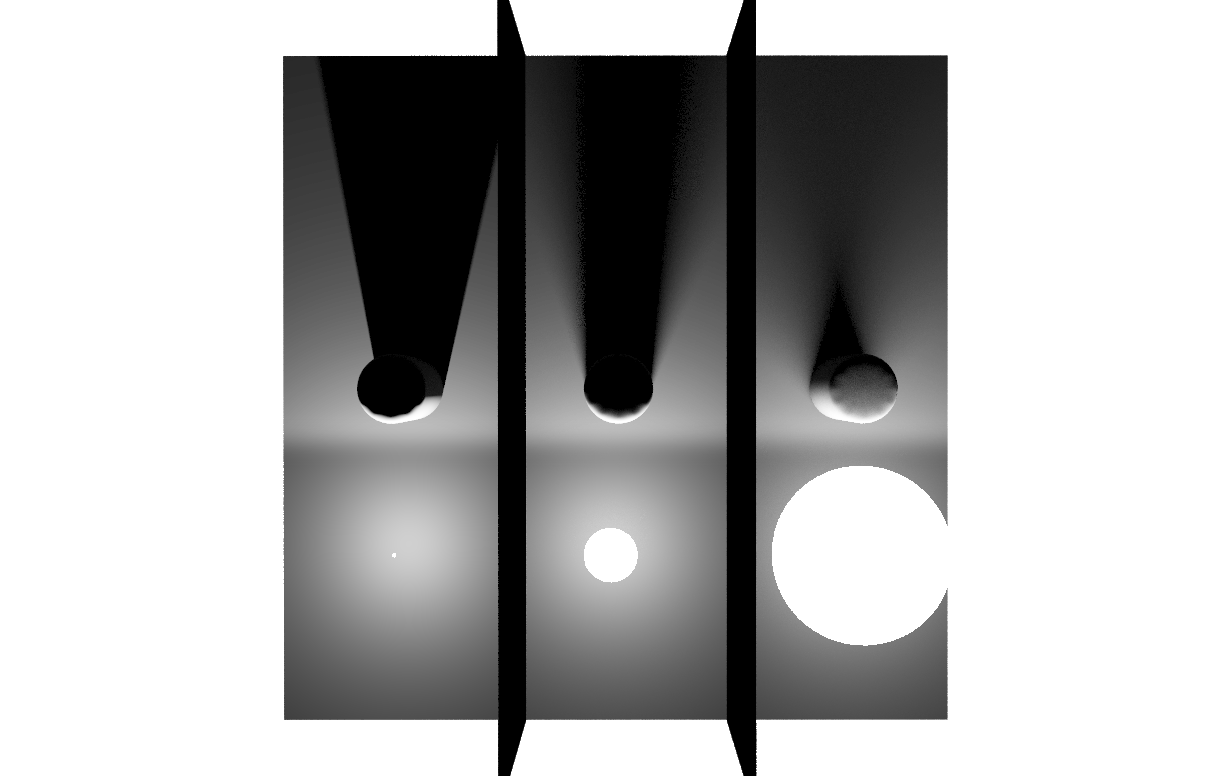 You see, they are all “CAST” shadows, cast by an opaque or partially opaque thing. The perceived “contact” shadow is really just another generic shadow, however the light source is very large. Usually the sky or bounced light from the environment.

Better to refer to them as sharp(hard) or soft shadows, because they are all “cast” by objects that are occluding a light source.

I hope that helps and maybe even puts it to rest. I’m doubting it though…. Or I could be a snippy radical and simply declare the debate over. 😉 That oughtta shut them up.

Nick Boughen / About Author
Mr. Boughen is responsible for the training of every individual who crosses the CG Masters’ threshold. He employs nearly four decades of entertainment industry experience in continuously developing and delivering this remarkable training program. As a Film Industry Visual Effects Supervisor, he spent many years developing effective production teams as well as technical and administration systems to ensure timely, quality delivery of visual effects. He carries a deep understanding of industry’s need for well-trained, professional commercial artists, not just people who have taken some courses to learn software tools. This understanding is what drove the development of a training system that is centered on real studio operational procedure, team production and best practices. You are unlikely to find a better versed expert in the arts, sciences and procedures of studio production.
More posts by Nick Boughen