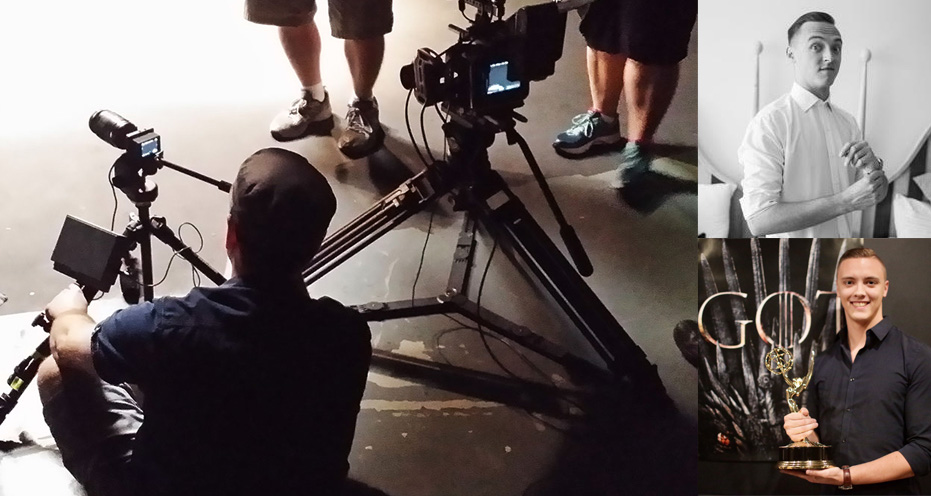 The second in our new series of blogs by visual effects and animation journalist Ian Failes for his site befores & afters. Ian is an experienced freelance writer and also the publisher of vfxblog.com. We approached Ian to write a blog about CG Masters and the job skills training we offer to our students. Ian will be crafting a few more blogs for CG Masters including tutorials, profiles on past students and tips and tricks for getting a head start to working at a VFX or animation studio.

Runs in the Family – before & afters

A REAL INSIGHT INTO WHAT IT’S REALLY LIKE STUDYING VFX AT CG MASTERS, AND THEN GETTING A JOB IN THE INDUSTRY – FROM TWO BROTHERS.

Kelly and Kade Eckstein are brothers. They both attended, at different times, CG Masters School of 3D Animation & VFX in Vancouver, which involved a three-term – one full year – enrolment. And they both scored jobs in the visual effects industry after graduating.

Their stories are interesting, not just for the family connection, but in terms of pursuing a dream to work in VFX, which has led them to be able to work on incredibly big movies in the Marvel franchise and huge TV series such as Game of Thrones. Read on to find out how it happened for both Kelly, now at Scanline VFX, and Kade, who’s working at Digital Domain. You can also check out their current and previous demo reels.

Click here for link to article on befores & afters